29 year old Dennis Ramirez was born in Atlanta, Georgia but was raised in Medellin, Colombia. Dennis picked up cycling back in 2007 as cycling is the most popular sport in Colombia, and ever since then it has been his greatest passion.

In 2013 after graduating from culinary school, he returned to the US to race with the domestic team, Get Crackin’. He then spent the next 6 years racing for the Gateway Devo Squad with the latter year being the team director as well as mechanic for the team. Recently, Dennis relocated to Greenville,SC and when he is not helping out the team at races you can find him brewing coffee at a local coffee shop.

During his off-seasons, Dennis spent his time in New York City where he made deliveries on his bike while trying out all the different types of food the city had to offer. Tacos, $1 pizza, pastrami, bagels and donuts being at the top of his list.

Beside coffee and bikes, Dennis also enjoys going back home to spend time with his family, hiking to waterfalls and listening to a wide variety of music. He is married to Alexi Costa Ramirez. 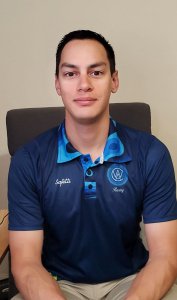