Katia “Katy’ was born and raised in Monterrey, Mexico. She is 21 years old and has always enjoyed physical activity. As a kid she used to partake in running, jumping, riding, and skating, mostly everything that included wheels. At 9 years old she started riding a bicycle and competing in MTB, then continued with road, track, and BMX, where she stayed for 4 years then back later to track and road cycling. She won her first national championship at 13 years old, and continued to do so at 15, 17, 18, and 20 years old. She is a Youth Olympic athlete and attended the “Youth Olympic Games” in Buenos Aires in 2018. A year later she became junior road race and Omnium Pan-American champion! Currently she is the U23 Road Mexican National Champion.

Apart from sports, She also likes science and is studying to be a nutritionist to combine her love of sport and science knowledge to make it one. 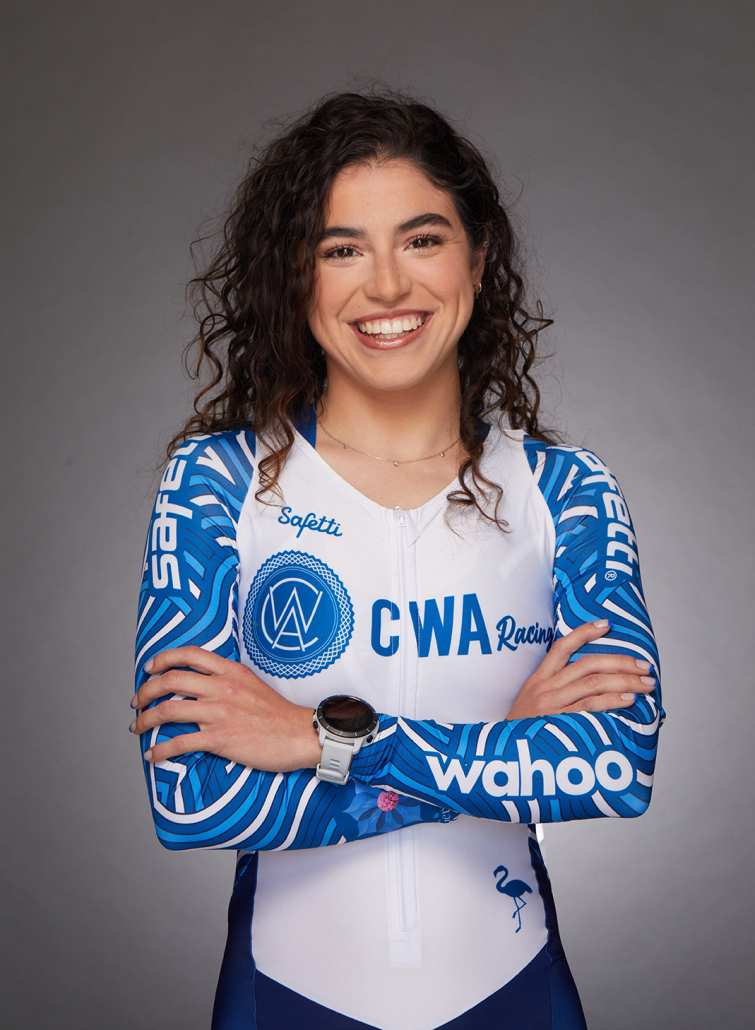