A former world tour professional cyclist in the 90s, Kimberly Pettit raced throughout the United States, Europe, and Australia. She received a B.S. degree from the University of Oklahoma in dental hygiene before pursuing triathlons and bike racing. She was noticed and coached by Mike Walden of the Wolverine Sports Club who had coached multiple Olympic athletes. She then coached at Walden School of Cycling in Orlando and Texas for 7 years while pursuing her goals of the 1996 Olympics. During the Olympic Trials, Pettit suffered a heat stroke and had to be life-flighted which curtailed her dreams of an Olympic berth. Retired and then married she had 2 boys, Pierce and Price, now 19 and 21 years of age.

Kimberly returned to cycling in the fall of 2013 racing cyclocross and then started racing road again shortly after. Since then, she has 2 masters World Championships on the track and 22 Masters National the titles on the road, track, cyclocross and mountain bike. This 53 year old is still racing full time while her oldest is at Northwestern University and her youngest is at Colorado State University. She lives in Tulsa and also works as a cycling coach and personal trainer. 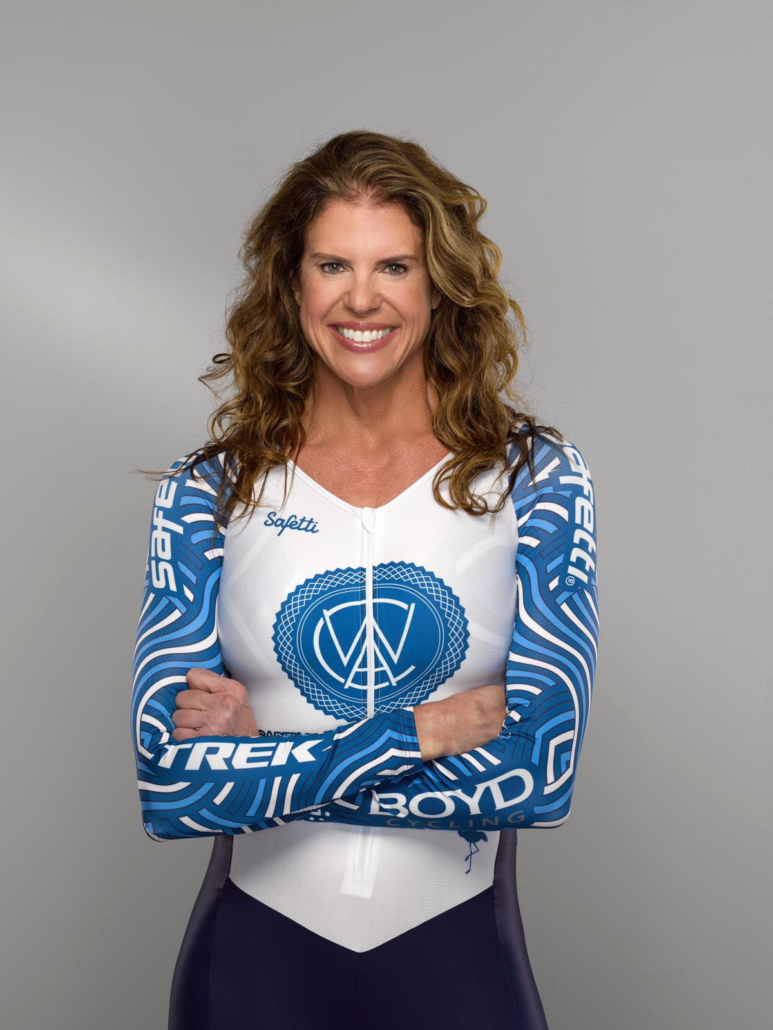